U.S. agricultural exporters are calling for greater scrutiny of the behavior of shipping alliances and shipping companies during the pandemic. 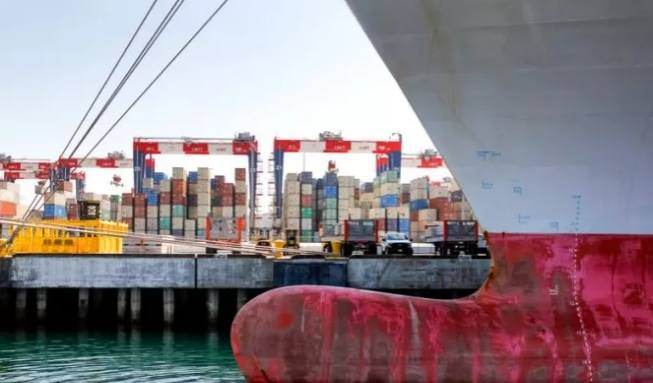 "Until 2011, alliances controlled 29 percent of the market," added AgTrans, "and the lack of competition left U.S. companies at the mercy of three alliances. Even if they can't move their containers, retailers need to charge for containers that remain on the dock. If the alliances decide not to accept exports, agricultural exporters will not be able to fulfill their contracts and farmers' perishable products may rot."

However, the Agricultural Transportation Alliance (AgTrans) acknowledged recent improvements at the ports of Los Angeles and Long Beach, noting that 60,000 empty containers have now been diverted from the two West Coast ports, and the number of boxes parked on the docks for more than nine days has dropped by a third in the first two weeks of November.

The port's congestion charge on the route has helped move "long-stay containers" - a move so successful that the charge has been delayed (until Nov. 22!). 58,900 containers stranded at the port, LA/LB "overdue detention fee" postponed).

The reduction in boxes provides more space for container unloading and truck maneuvering. But there are still thousands of empty containers on the docks, usually sitting on chassis.

Ocean carriers have now reportedly agreed to clear more empty containers from terminals more quickly, including the introduction of vessels dedicated to clearing empty containers. Based on these new commitments, they have already cleared 60,000 and have pledged to clear another 28,000.

The percentage of empty export containers at both ports has risen from about 55 percent in the five years before the outbreak to more than 70 percent so far this year.

AgTrans called on the FMC to use more tools to vet carriers.

It also urged Congress to provide the FMC with more funding (its annual budget is $30 million) to oversee shipping and strengthen transparency laws, such as public reporting of demurrage and demurrage charges.

"In addition, Congress should provide the FMC with an updated toolkit to protect exporters, importers and consumers from unfair practices."

The FMC said yesterday that it is establishing "six supply chain innovation teams" that will begin meeting Dec. 1 to identify areas where process improvements can be made.

FMC Commissioner Rebecca Dye said the goal is to enable dual movement for truckers and bring certainty to the earliest return date process, "Enabling dual movement for truckers will improve productivity, eliminate the ongoing source of container return conflicts and address reservation system and chassis shortages. For U.S. exporters, earliest return date confusion is a dire problem. This reform will also eliminate demurrage and detention charges that U.S. agricultural exporters have been facing that do not comply with our interpretive rules."
Yesterday, the ports of Los Angeles and Long Beach provided preliminary estimates of 849,000 loaded containers imported in October, bringing the number of containers imported between January and October to 8.6 million, a 16 percent increase over the previous record set in 2018.

Major shippers say their inventories are improving, with Walmart's inventory in the U.S. up 11.5 percent during the quarter. 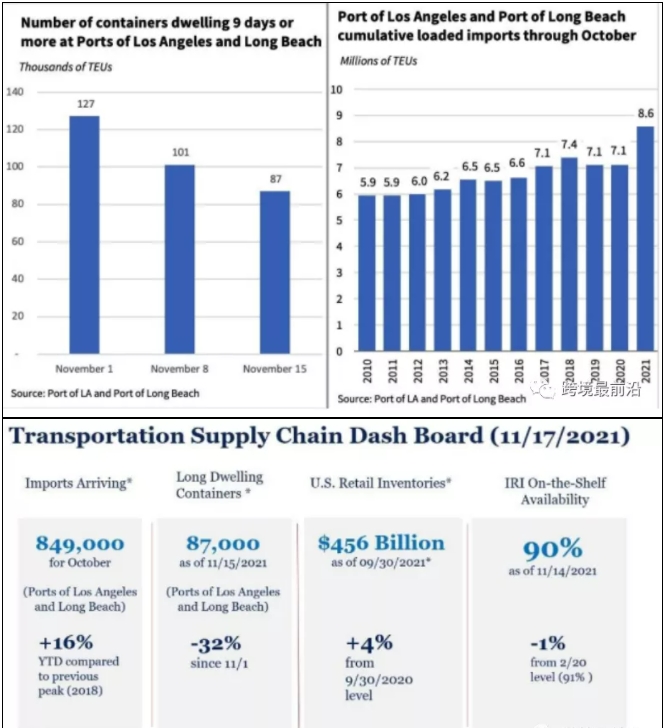 In addition, Sea-Intelligence reports that rate declines could take 18-30 months. 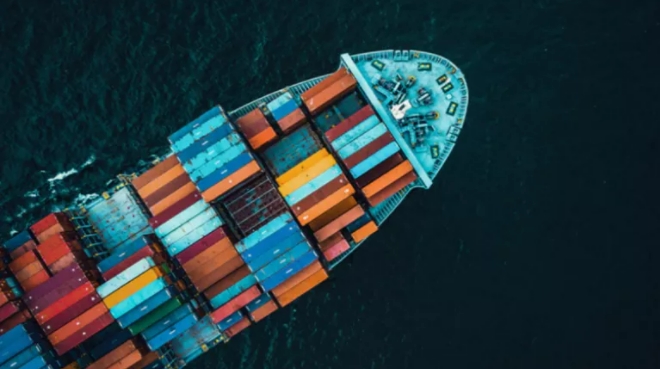 Sea-Intelligence, a Danish provider of research and analysis, data and consulting services for the global supply chain industry, analyzed the Comprehensive China Container Freight Index (CCFI) to see how quickly freight rates could return to normal. 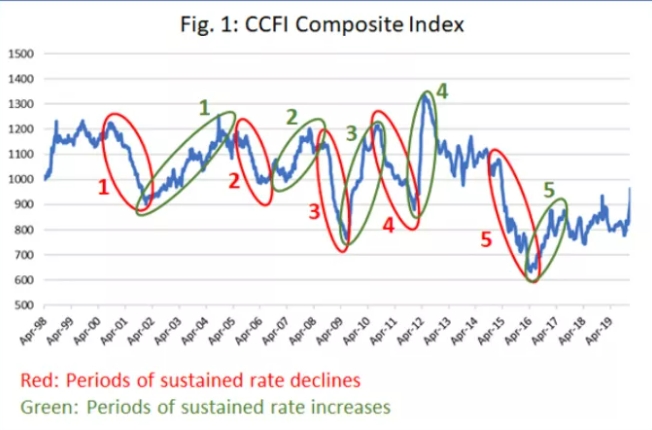 Based on this, Sea-Intelligence analysts defined periods of increase and decrease and analyzed them separately.

"We measured the rate of decline based on the average weekly percentage decline over the entire period of each of the five decline periods. This ranged between -0.4% and -0.9% per week. If these time periods are to reflect Sea-Intelligence CEO Alan Murphy explains that we can use them to calculate the reversal of the return to normal due to the pricing mechanisms inherent in the industry.

"This represents a decrease of -69% from the current rate level," Sea-Intelligence notes.

During the global financial crisis of 2008-2009, rates fell at the fastest rate of -0.9% per week, and if we apply this rate of decline to current rate levels, it would take 18 months to return to "normal levels." According to the analysis.

However, if the rate of decline matched the average of five periods of declining interest rates, normalization would take up to 26 months. However, it can be argued that the current growth is much stronger than before, which should be taken into account.

"To do this, we calculated the average weekly rate rise over the five periods of rising rates," Murphy said.

This implies a coefficient of 1.8 between increases and decreases, which means that weekly rate increases tend to be 80% stronger than decreases. The current level of interest rates comes after a 17-month period of sustained rate increases, resulting in a reversal back to the index 1000 after 30 months.

Port congestion has eased, but high ocean freight rates may continue to...
November 30, 2021

General Administration of Customs: no longer issue GSP certificates of origin for goods sent to these countries
October 27, 2021